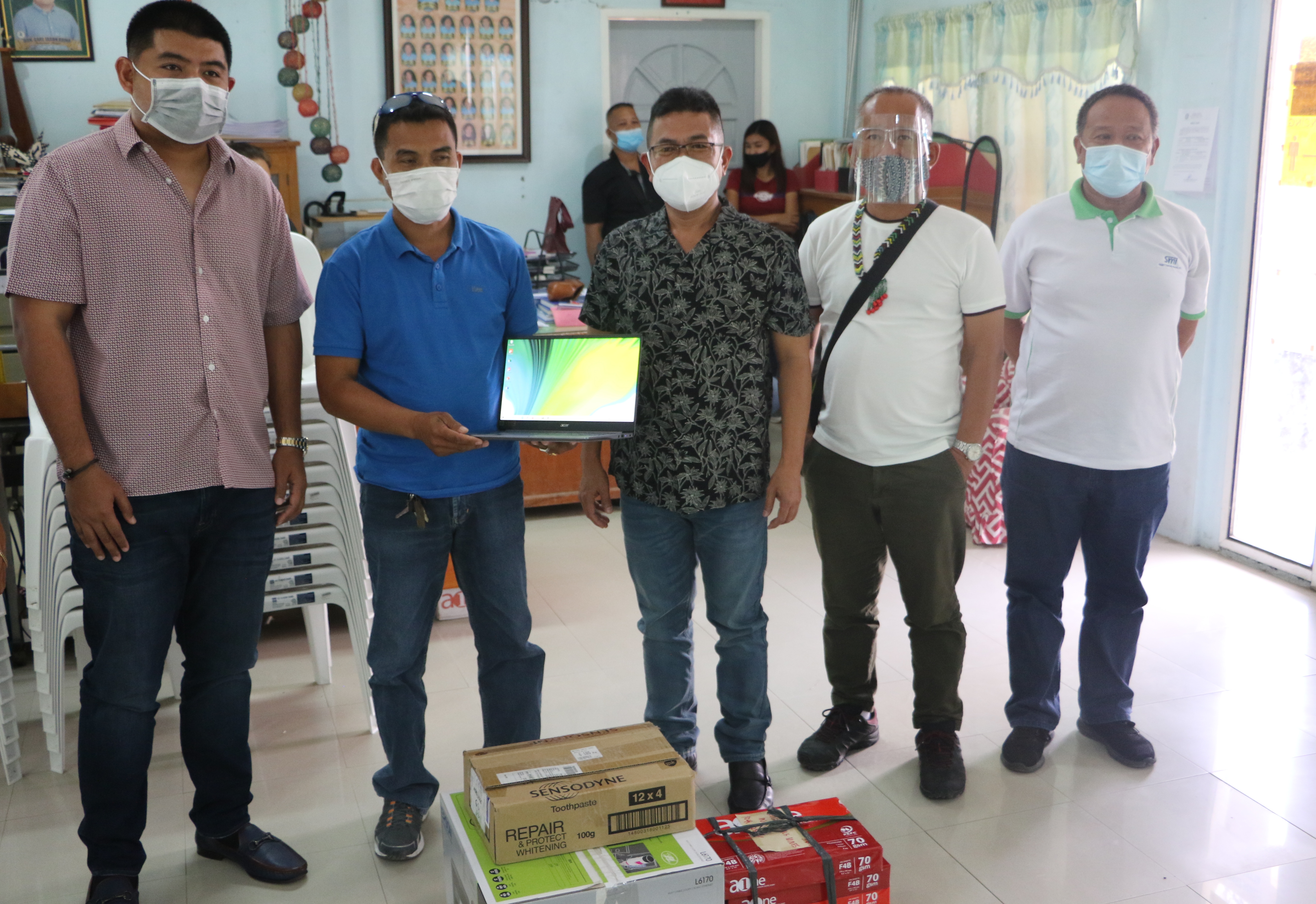 Two municipalities, five barangays and six Blaan community organizations got from a private benefactor almost P6 million worth of grants for pro-poor projects.

Malungon in Sarangani and Kiblawan in Davao del Sur received P2.1 million and P3 million, respectively, from the Sagittarius Mines Incorporated (SMI) for peace and development thrusts that would benefit the residents of both municipalities.

Kiblawan Mayor Carl Jason Rama, who received from representatives of SMI a P3 million worth check for their LGU last April 6, said Saturday he and his constituent-barangay chairpersons are thankful to the mining outfit for its continuing support to their community-empowerment programs.

Kiblawan, an upland town in Davao del Sur, has 30 barangays.

“The development packages we get from SMI from time to time are being spent wisely. We are thankful to the SMI for helping us pursue community projects intended to promote sustainable development in the local communities,” Rama told reporters.

The SMI also released on April 6 separate P75,000 worth checks each for the barangay governments of Tacub, Abnate and Bulolsalo in Kiblawan.

The assistance was earmarked for projects meant to address poverty and underdevelopment in the four barangays, drawn from SMI’s allocation for its social development program.

Wennie Pandoy, chairperson of Barangay Abnate, received from the SMI a laptop with printer for their office during the April 6 event, held at the municipal government center of Kiblawan.

“We are thankful to the SMI. It has not even operated yet but already poured a big amount of money for its social development program benefiting the residents of Kiblawan,” Pandoy said.

Rama said he and his constituents are not opposed to responsible mining.

“We know that the SMI is a very responsible mining firm. If ever we shall have issues with SMI, we shall initiate a peaceful dialogue with the firm," Rama said.

Kiblawan and Malungon are both near Tampakan town in South Cotabato where the SMI has been planning to mine for copper and gold since 1995. The firm has not operated since.

The indigenous Blaan communities and non-Blaan settlers in Malungon, Kiblawan, Tampakan and in Columbio, Sultan Kudarat have been clamoring for the operation of  SMI since the company's inception more than two decades ago.

The supposed commencement of SMI's operation in the 1990s was stymied by a South Cotabato provincial ordinance against mining activities in the province and the opposition by groups outside of the four towns.

Blaan tribal leaders have been vocal in asserting their right to allow the operation of the SMI based on the Indigenous Peoples Rights Act.

The IPRA law, or Republic Act 8371, gave the indigenous communities right to self-determination and imprimatur to harness the natural resources obtainable in their ancestral homelands.

“We are so grateful to the SMI for its continuing socio-economic support for our municipality,” Constantino then said in an emailed statement.

The SMI also released then a P75,000 worth check each to the barangay governments of Blaan and Malabud in Malungon and to the IPS in both barangays.

Constantino said she has constituents who finished college courses with the help of the SMI, among them Sweetly Mae Galang-Laguirder, the incumbent barangay chairperson of Blaan. (PhilStar)